At 403 acres Disney's Animal Kingdom is several times the size of the Magic Kingdom, and is the largest in area of all Disney theme parks.

Disney's Animal Kingdom park, is divided into six zones: Oasis (the entrance area); Discovery Island (with the Tree of Life at its center); and the lands of Camp Minnie-Mickey (the main children's zone), Africa, Asia, Pandora - The World of Avatar, and Dinoland USA.

Must do at Disney's Animal Kingdom

Experience the wonder of the African savannah on Kilimanjaro Safaris.
Fill your eyes and ears with the most colorful pageantry offered at a Disney Park by sitting in on a performance of "Festival of the Lion King."
Grab a spot on the parade-route for "Mickey's Jammin' Jungle" daily parade 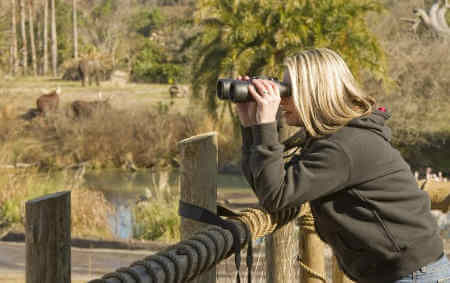 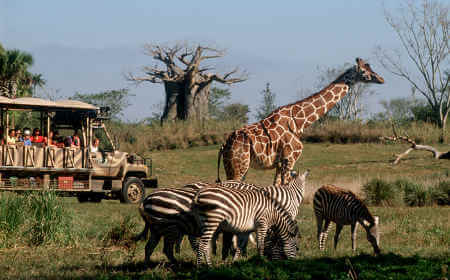 Expedition Everest - Board a high-speed train and zip through the misty unknown. But beware of the fierce Yeti.

Kilimanjaro Safaris - An open-air safari vehicle takes you on an exciting expedition through an African-style savannah where giraffes, gazelles, elephants and lions roam freely.

Mickey's Jammin Jungle Parade - Roll with Mickey and the gang as they blaze new trails in a caravan of crazy safari vehicles.

Note: Maps are available at Guest Relations, at the entrance to the park.

Parking is available at all 4 Walt Disney World Resort theme parks and rates at each lot is the same rate per day:

Once you pay for the day, you may park at any of the Walt Disney Theme Parks.
Disney Resort Guests receive complimentary parking.

Prices subject to change without notice.