The property is set up as a traditional Polynesian village with the Great Ceremonial House and lobby at its center surrounded by eleven two-to-three story longhouse buildings. Disney's Polynesian Resort offers both convenience, in its location, and the luxury of its accommodations. 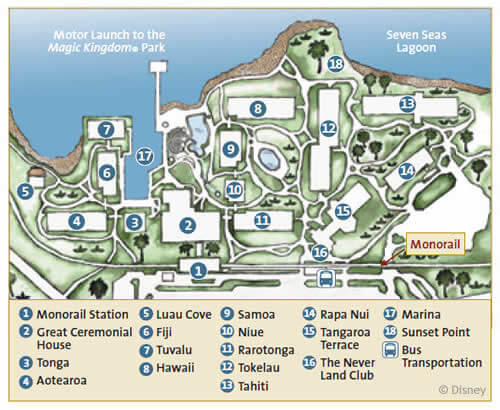